Recently, the Global Mobile Suppliers Association (GSA) announced the establishment of a ” GSA Private Mobile Networks Special Interest Group (SIG) “, which aims to unite leading mobile communication enterprises to jointly track and promote the development of the private mobile network ecosystem. A highlight of this special interest group is that its founding members are the three telecom equipment vendors Nokia, Ericsson and Huawei.

In addition to the founding members Nokia, Ericsson and Huawei, this special interest group also includes Mavenir, Keysight and Private 5G and LTE as permanent members. GSA said that in the coming months, more leading manufacturers will be announced as members of this special interest group. The goal of this SIG is to define the ecosystem, track it, and facilitate its continued development to support industry outreach.

The Private Mobile Networks Special Interest Group was established against the background of the rapid growth of private mobile networks in recent years. According to the latest tracking report released by GSA in August this year, as of the end of June 2020, at least 889 organizations around the world had deployed LTE private networks or 5G private networks, and 140 private networks had been deployed in the first half of this year. 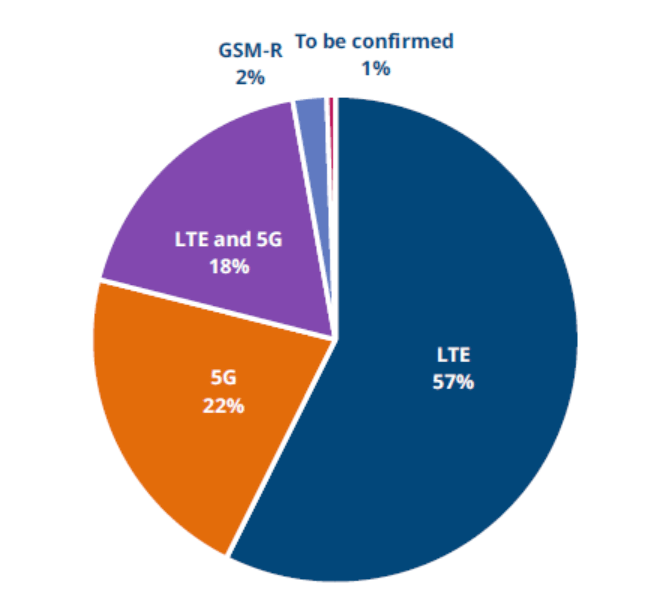 The acceleration of private network deployment is supported by the rapid growth of demand in various industries. Rising demands for data, security, digitization and enterprise mobility in modern commercial and government agencies are driving the need for 4G LTE-based and, increasingly, 5G-based mobile private networks, GSA analysis, and these types of organizations They are combining network systems with technologies such as artificial intelligence and big data to transform operations, improve automation and efficiency, or provide new services.

It is worth mentioning that the private mobile networks tracked by GSA mainly focus on 4G/5G mobile networks based on 3GPP, and these networks are only used by private entities such as enterprises, industries or governments, are not open to the public, and use 3GPP definitions. spectrum. Therefore, these private networks do not include networks based on other standards, including technologies such as Wi-Fi, Tetra, WiMAX, Sigfox, and LoRa, nor do they include network slicing of public networks or virtual network functions on routers, or operators in enterprises. Deploy additional sites near the location.

The large-scale benefits of 3GPP-based private networks in the future will attract various entities. IDC research predicts that worldwide private LTE/5G infrastructure revenue will reach $8.3 billion by 2026, a significant increase from $1.7 billion in 2021, and is expected to achieve an annual growth rate of 35.7% during the 2022-2026 forecast period compound annual growth rate.

A previous report from ABI Research showed that global spending on 5G private networks will exceed 5G public networks by 2036, a prediction that seems more aggressive.

According to the forecast of ABI Research, by 2026, the capital expenditure of cellular wireless private network will exceed 200 billion US dollars. In the face of this big cake, I believe that telecom equipment manufacturers will not be unmoved.

This time, Nokia, Ericsson and Huawei, as founding members, jointly launched the GSA Private Mobile Network Special Interest Group, which reflects the high importance that telecom equipment manufacturers attach to private networks. Due to the potential market and benefits of private networks in the future, many players have entered the field, and telecom equipment manufacturers are expected to become the first major force in these groups.

In the author’s opinion, as the core participants of mobile communications, telecom equipment vendors such as Nokia, Ericsson, and Huawei have obvious advantages in the field of enterprise private networks.

First of all, equipment manufacturers have the advantages of technology and standards . Private mobile networks are based on 3GPP technologies and standards, and telecom equipment vendors are the core participants in the 3GPP camp, and they have a large number of technologies and standards that need to be accumulated over a long period of time. The “Global 5G Patent Activity Report (2022)” released by the Chinese Academy of Communications shows that among the industry entities declared by 5G patents, Huawei ranks first, accounting for 14% of the global patent family, while ZTE, Nokia, Ericsson and other telecom equipment manufacturers Its patent accumulation is in the top 10, which reflects the deep accumulation of equipment manufacturers in the long-term research and development of communication technology.

The 5G private network ecosystem has gradually formed, and there are more participants in this field, which will present a new supplier landscape. The efforts of telecom equipment manufacturers will form an advantage among these entities and are expected to become the first main force of private network providers